The first choice for
strategy and fundraising

Over 300 years of fundraising
experience in our field

Our team average over 15 years experience each

We offer top quality service and expertise but at affordable prices

We are all voluntary sector professionals and share your ethos

It is well known that many charities receive a large proportion of legacies from people they have no relationship with (often 50%). What drives this 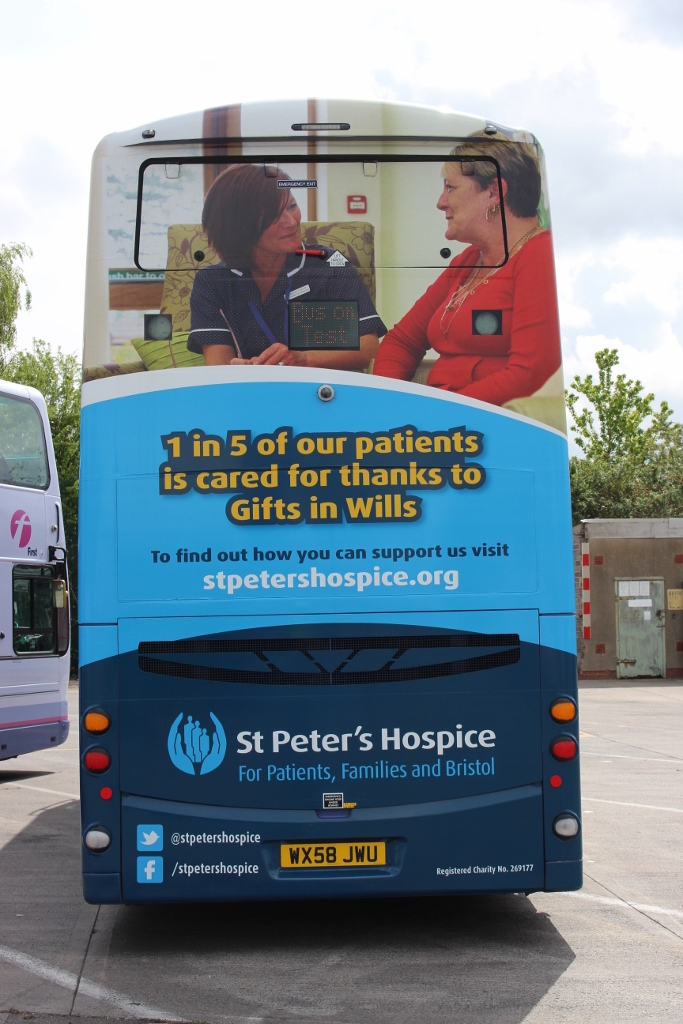 and how to reach these people are always key issues when developing a legacy strategy. It is after all easy to reach those on the database, but how do you take the legacy message out cost-effectively from the warm circle of supporters to the wider public?

Some charities do this via their media work, events, press ads and - more recently - via social media. One great example I saw this week is to be found in Bristol, where St Peter's Hospice has taken out bus advertising in support of its legacy campaign.

As part of its wider brand building and awareness raising, which also includes local radio ads and press work, this bus ad has been running for a year now and is seen every day by the people of Bristol.

Obviously, it is impossible to measure the financial return on this ad spend, especially in the short term, but my bet is that in the longer term it will prove to be a powerful investment to drive legacy income, especially from non-core supporters.

In taking out these ads, the hospice has shown a refreshing willingness to invest in brand building, which I believe will repay itself many times over in future legacies. By using such media the hospice is taking its message outside the pool of core supporters and expanding its reach, not just for legacies but in support of all areas of donor acquisition and development.

St Peter's is not the only example of innovative legacy promotion or the use of outdoor advertising (Amnesty International is currently using bus shelter ads for the same purpose), but the bus ad is a good example of testing something different. I would be interested to hear of other such examples.

Finally, fundraising at St Peter's is led by the able Jo Gibbons and there is a link to the hospice website here.

Would you like to receive regular email updates from Wootton George?